Ximen's focus is on responsible development and sustainable mining and exploration of its properties in southern British Columbia, Canada. All projects exist in an optimal geopolitical environment, while the currently depressed Canadian Dollar helps decrease ongoing operations costs.

See all of our Videos

Ximen Mining Corp. owns 100% interest in three of its precious metal projects; two gold projects, The Amelia Gold Mine and The Brett Epithermal Gold Project and the Treasure Mountain Silver Project adjacent to the past producing Huldra Silver Mine. Currently, the Treasure Mountain Silver Project is under option agreement. The option partner is making annual staged cash and stocks payments as well as funding the development of the project.

Ximen also holds mineral claims in the Greenwood mining camp and has expanded its holdings to include the Kenville mine and extensive claim blocks in the Nelson area and also near Cranbrook, BC.

Ximen continues to expand its land package around its flagship property, the Kenville Gold Mine, near Nelson, BC. The company owns the surface, and underground rights, buildings and equipment and is developing the project into a small underground mine. Preparations to date comprise the building of the mining camp, including connecting hydropower, completing engineering work and initiating permitting to develop a new 1200-meter decline to conduct diamond drilling to outline a 10,000-bulk sample. 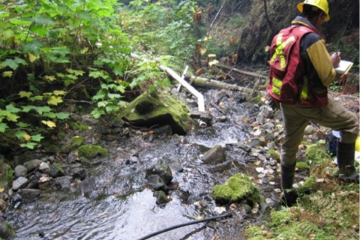