The Gold Drop Property hosts numerous low-sulfide, gold and silver bearing quartz veins or vein systems, four of which were previously mined. The earliest historic work on the property occurred during the 1890’s to early 1900’s, when most of the veins were discovered. Most of the underground development – mining occurred during the mid- 1920’s to 1941. 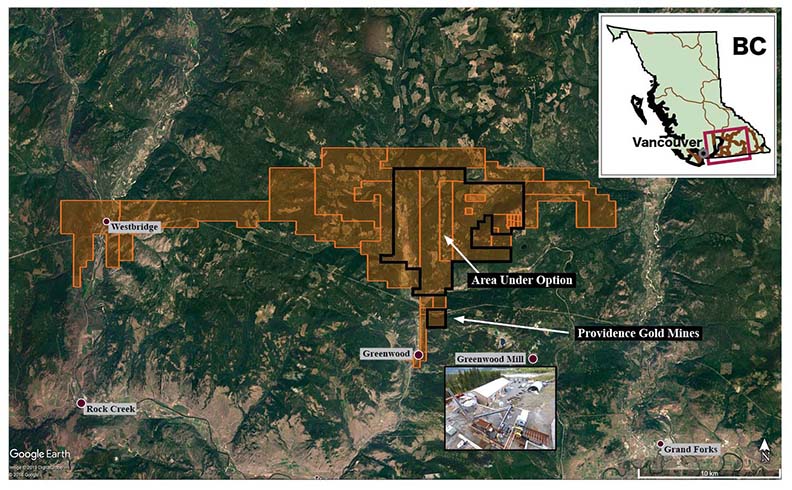 In 2017 GGX focused its exploration on the Gold Drop Southwest Zone where several gold and silver bearing quartz veins are reported. One reported quartz vein in this region is referred to as the C.O.D. The northeast-southwest striking C.O.D. vein is reported to be traced by a series of shafts and pits for a distance of approximately 1500 metres and reported to have a maximum width of 1.5 metres at surface.

2018 diamond drill hole highlights at the COD vein include the results shown in the associated table below. The Company intersected near-surface, high-grade gold, silver and tellurium within the C.O.D vein during 2018 diamond drilling, including: 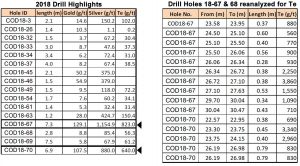 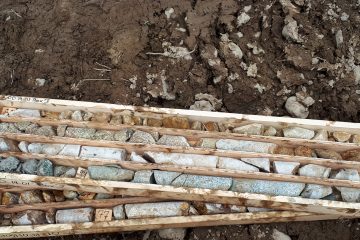 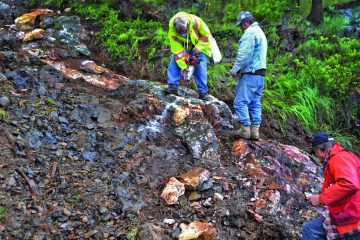 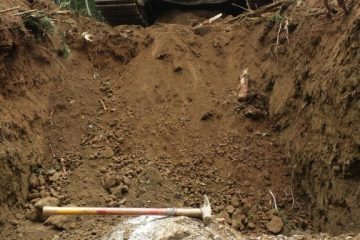 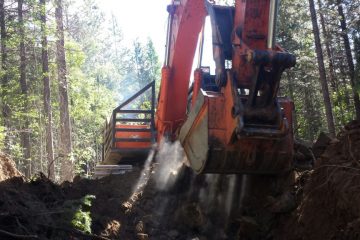 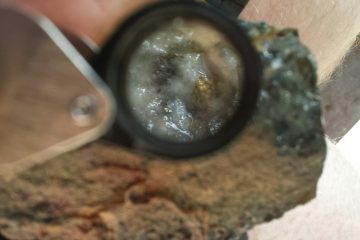 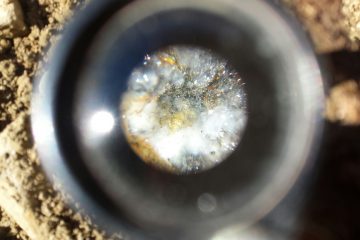 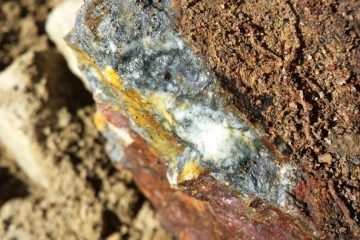 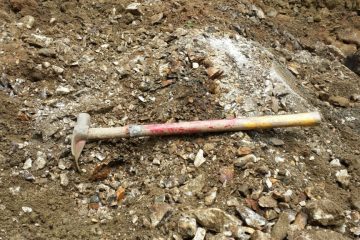 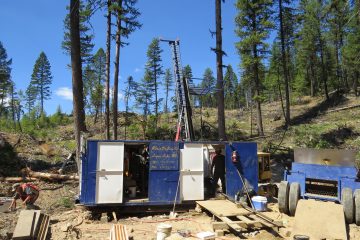 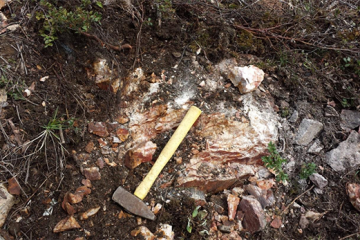 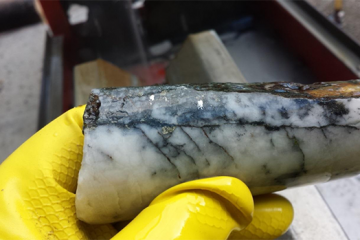 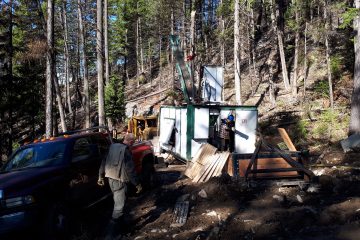