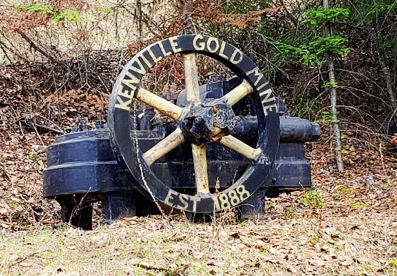 Vancouver, B.C. – July 2, 2019 – Ximen Mining Corp. (TSX.v: XIM) (FRA: 1XMA) (OTCQB:XXMMF) (the “Company” or “Ximen”) announces it is proceeding with activation of the existing exploration permit at the Kenville Gold Mine for 1200 metres of underground development and 20,000 metres of diamond drilling. 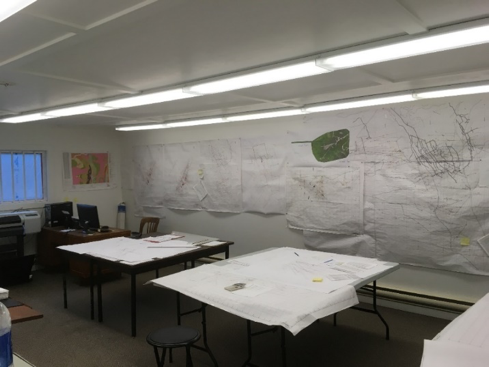 The Kenville Gold Mine is the first recorded underground mine in British Columbia, having started production in 1890 and mined into the 1950’s. The historical production records show 65,381 ounces gold produced from 158,842 tonnes milled, for a recovered grade of 12.8 grams per tonne (0.37 ounce per ton) gold. The mine was a track mine, utilizing a conventional room and pillar style of stope mining for narrow vein extraction, with jacklegs and slushers used for mining. The host rock is a very competent granodiorite and the historical areas of the mine remain open without ground support.

The Kenville gold deposit consists of multiple, gold-silver bearing quartz veins hosted by diorite. Between 2007 and 2008, 13,000 metres of diamond drilling was conducted that targeted previously un-tested areas southwest of the historic mine, and detailed sampling was conducted within the mine on the 257 Level. Based on this work and historical information, mineral resources were estimated (see Ximen News Release dated April 8, 2019).

After the resource estimate was made, an additional 14,106 metres of surface diamond drilling was conducted between 2009 and 2012, which intersected a new vein system in the areas south and west of the existing mine. Several holes intersected multiple, stacked quartz veins, and at least 4 new veins were identified. The system has potential dimensions of over 700 by 250 metres, which remains open in multiple directions. The newly discovered areas of veining are the target of the current mine development plan. The table below lists some highlight drill intercepts from the 2009-2012 drill programs. 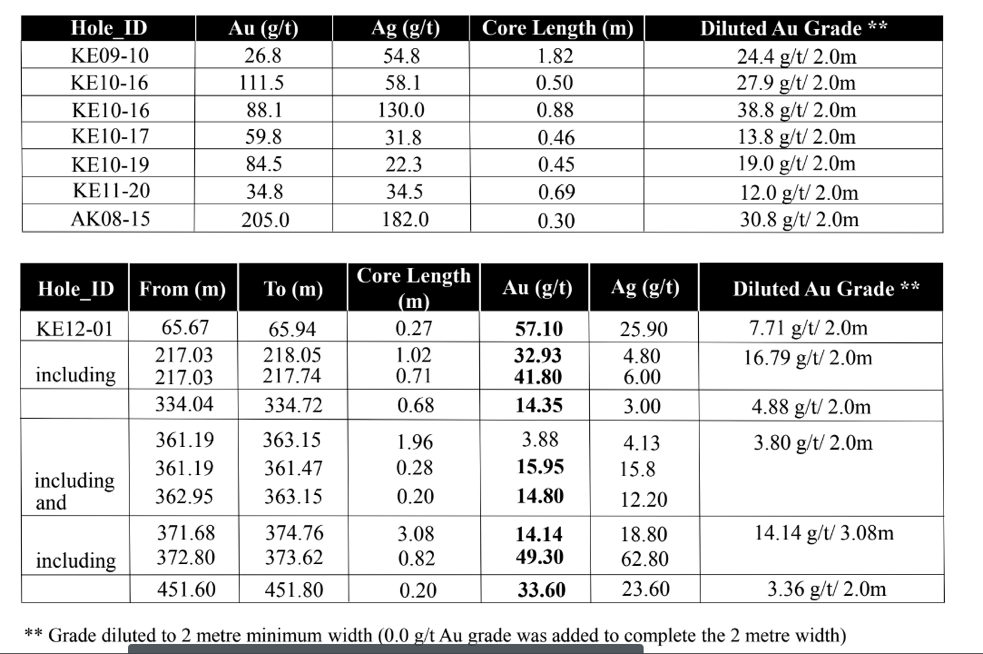 Note that there are numerous additional drill intercepts great than 5 grams per ton.
Abbreviations: g/t = grams per tonne; oz/ton = ounces per short ton

Note: The above table is based on information provided by previous operators that is considered historical. Although it is known that the drill programs were directed by experienced personnel and a quality control program was employed to monitor assay results, a qualified person has not verified the previous results on behalf of Ximen Mining Corp. Ximen believes the results are representative of the undeveloped mineralization at the Kenville property.

The first step is to drive a new underground decline with rubber tired trackless equipment that will facilitate both lateral and vertical development. This will provide access to the center of a series of vein intercepts from the 2009-12 surface drilling. The new decline will be driven to a target of 524 metres. Underground drilling will then be done to outline areas of potentially mineable material, starting as the decline is advanced. About 4500 metres of underground drilling is expected to be required to outline sufficient material for a bulk sample of 10,000 tonnes. The project is estimated to take 6 months from the start of the new decline. 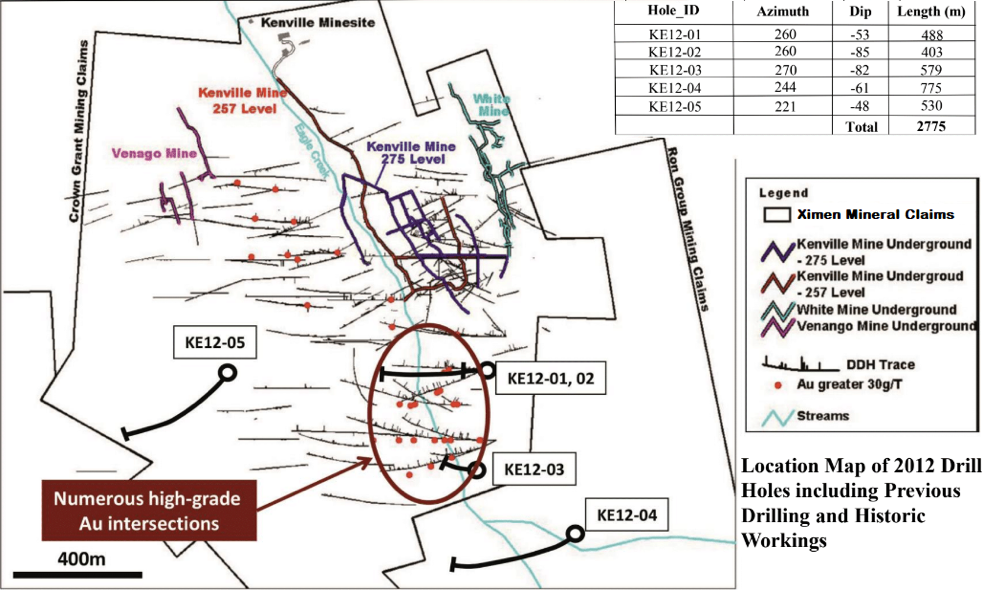 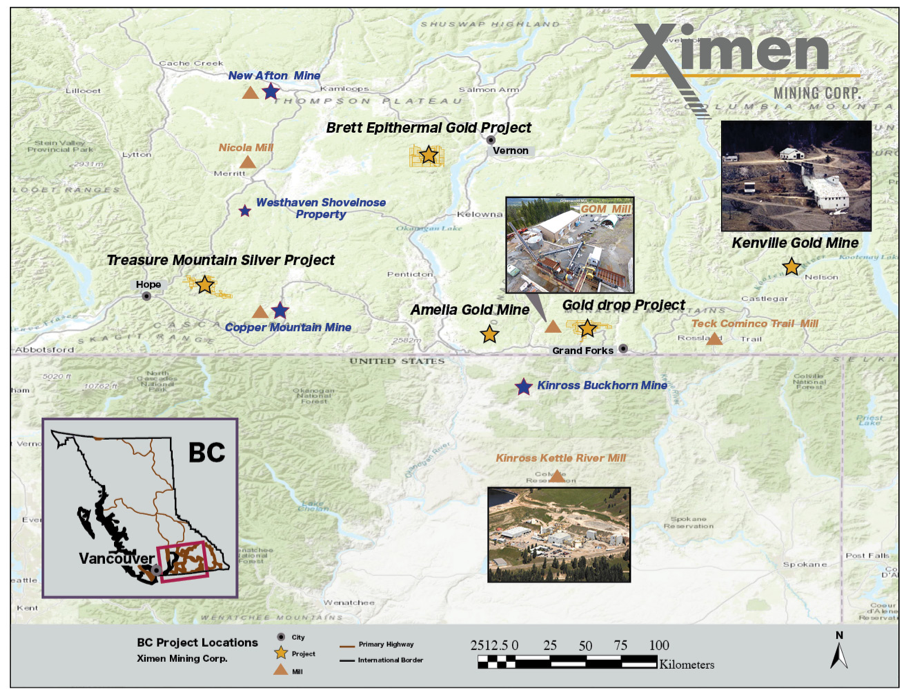