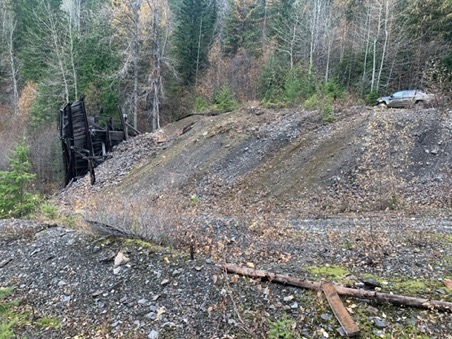 Analytical results were received for the remainder of rock samples collected last season on claims surrounding the company’s Kenville Mine near Nelson, BC. A total of 16 rock chip samples were collected of which 8 samples returned significant values for precious metals. Four samples returned significant results from the first 9 samples analyzed (as announced in a news release dated February 12). Four additional significant results were obtained from the remaining samples (see table below). 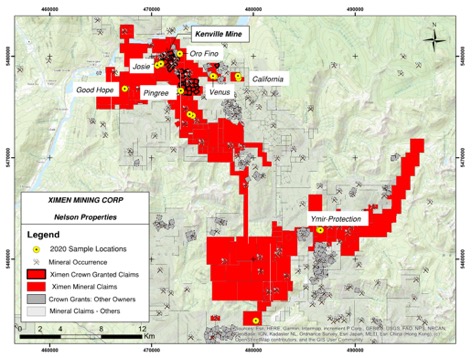 The highest precious metal values were obtained from a sample of the Ymir-Protection mine dump (13.1 grams per tonne gold and 145 grams per tonne silver). This historic mine was operated intermittently between 1899 and 1973 and produced 10,719 ounces of gold, 82,824 ounces of silver and significant lead and zinc from 14,788 tonnes mined. The deposit consists of shear-hosted quartz veins mineralized with gold, pyrite, galena and sphalerite.

Two samples containing high gold values were collected from the California mine (8.4 and 3.8 grams per tonne gold). This historic mine operated intermittently between 1910 and 1947 and produced 2,258 ounces of gold, 3,942 ounces of silver and significant lead and zinc from 1,454 tonnes mined. Mineralization consists of multiple quartz veins containing free gold, pyrite, galena and sphalerite. At the west end of the No. 3 level, a potential tonnage was identified in a block measuring 91 metres long and 1.1 to 1.5 metres in width, with an average grade reported from historic samples as 29.0 grams per tonne gold (BC Assessment report 11027). 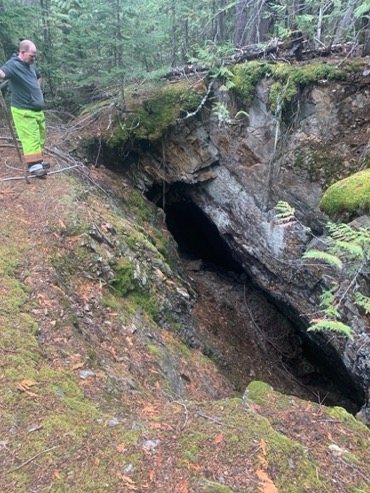 The Good Hope historic mine was developed as early as 1911 and produced 90 ounces of gold and 80 ounces of silver from 48 tonnes reported mined. Mineralization consists of bands and lenses of quartz that locally contain pyrite and chalcopyrite with free gold in oxidized portions of the mineralized zones. 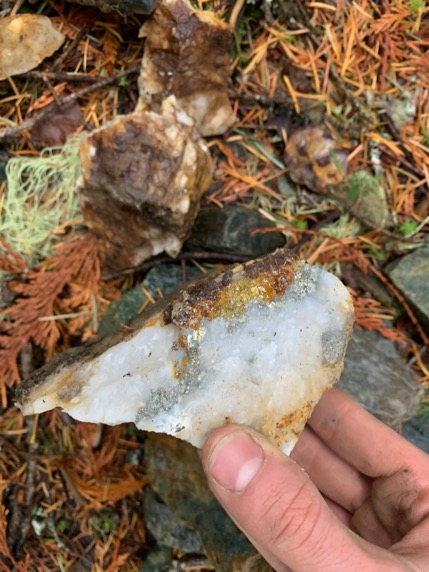