Vancouver, B.C., March 15, 2022 – Ximen Mining Corp. (TSX.v: XIM) (FRA: 1XMA) (OTCQB: XXMMF) (the “Company” or “Ximen”) is pleased to provide an update on permitting and activities for the Company’s 100% owned Kenville Gold Mine project at Nelson in southeastern British Columbia.

Ximen has been advised by the Ministry of Energy, Mines and Low Carbon Innovation (EMLI) that a draft permit for the proposed mine development and underground drilling will be made available to the Company within 30 days. The Company will then review the permit conditions and accept the draft or request revisions. Once accepted by both parties, the permit will be issued. Concurrently, an environmental discharge permit is expected to be issued. Other permits, including a magazine permit and a water licence for the use of groundwater, are incidental but necessary for operations to begin. These permits result from the Company working closely with the ministries since the permitting process was initiated. 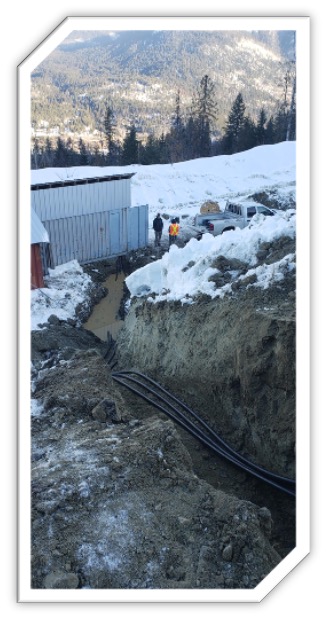 “With the Development Permit near at hand and US$5,000,000 funding arranged for development, as well as the additional financial support of a Mid-Tier Gold producer, 2022 should mark the start-up of the Kenville Gold Mine,” states Christopher Anderson CEO, Ximen Mining Corp. “The Kenville Gold Mine will have an extremely small environmental footprint, while creating the opportunity for many high paying, impactful and meaningful jobs for the area and the community. The spin-off of multiple economic benefits for the region once we go into full production will be a catalyst for job stability for years to come. We believe the Kenville Mine will be one of the greenest producing Gold Mines in southern, BC.”

The Company is now taking further steps to prepare for the start of operations. Work has progressed on the electrical installations at the portal. These include a 600-volt line connecting the local grid power to the mine powerhouse, installation of housed switchgear and connections to pump stations, a 75 HP fan for mine ventilation, and the mine air compressor. Materials required for the start of mine development have also been ordered, including rolled steel arches for the new portal, ground support materials (rock bolts, rebar, swellex, screen and strap), and parts for maintaining underground drills (bits, hoses etc.). The Company is readying itself to be able to start work immediately after the permits are issued.

The Kenville Gold Mine was the first recorded underground mine in British Columbia, having started production in 1890 and mined into the 1950’s. The historical production records show 65,381 ounces gold produced from 158,842 tonnes milled, for a recovered grade of 12.8 grams per tonne (0.37 ounce per ton) gold.

Photo of New portal site at Kenville Gold Mine

In 2009, previous operators conducted detailed sampling on the 257 Level of the Kenville mine and based on the results, an historic mineral resource was estimated (see table below).

Significant diamond drilling was conducted after the above mineral resource estimate was made between 2009 and 2012.  At least 4 new veins were identified with potential strike lengths of over 700 metres.

In 2021, Ximen engaged Micon International Limited to review the available information and outline areas for further investigation.  A current mineral resource estimate was not prepared from the historic data due to a number of technical issues with the historical information.  Improvement of the current quartz vein models and adding more vein models was recommended.

Micon identified two areas where existing drilling could be upgraded to be sufficient for estimation of mineral resources. The recommended areas will be drilled from underground in the new decline. The dimensions expected to be covered by drilling are 100m along strike and 40m down dip along the vein.  Micon estimated 1,800m of drilling in 18 drill holes at a spacing of 20m would be required in the first block.  The drilling is anticipated to appropriately outline material for a bulk sample.

Once the drilling has been completed, and conditional upon further permitting, vein stope mining can take place via ramps driven up and down to cross-cut veins indicated from the drilling.  The objective is to outline over 300 metres of strike length and a vertical distance of 150 metres that can be developed for trial mining of a bulk sample of 10,000 tonnes. 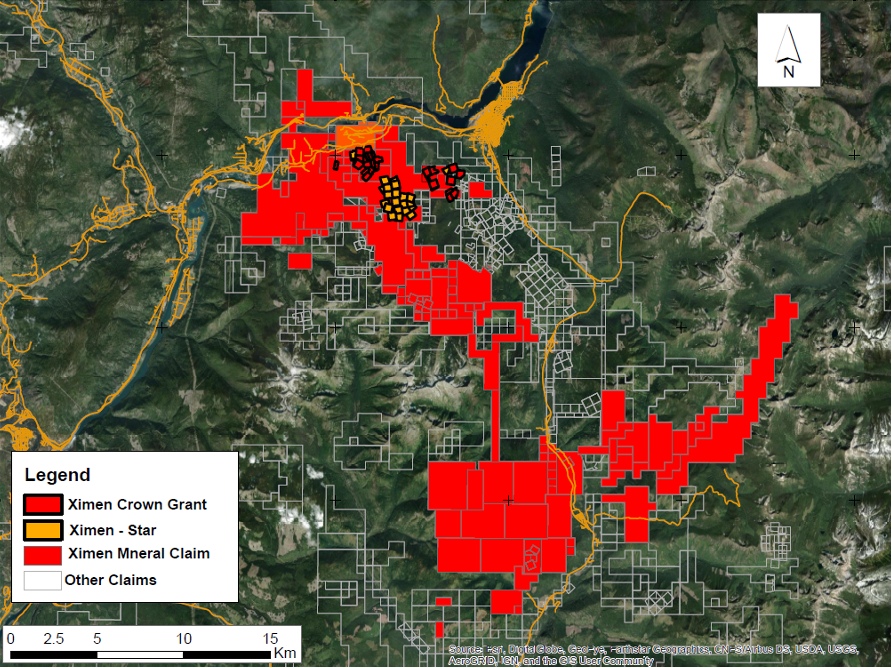 Surrounding and extending from Kenville mine, the Company currently controls 20,749 hectares of mineral properties along a 33 kilometre stretch of fertile ground covering 25 historic past-producing mines and 30 mineral occurrences in the Nelson mining camp. Ximen will be exploring this package to extend the Kenville deposit and/or discover new resources. In addition, a drill permit is in place for the California mine property, and an application has been made for the area covering the Star and Venus properties.

As previously announced on February 10, 2021, Ximen has negotiated a term sheet with a Swiss-based metals trading firm for US$5.0 million in the form of a secured gold loan for the planned development of a 1200-meter decline and extraction of a 10,000-tonne bulk sample at the Kenville Gold Mine property. This secured gold loan is subject to the issuance of the permits as well as the completion of a CDN$1.5 million equity financing. The Company is strategically planning to fulfill this requirement by evaluating market conditions and the project timeline. 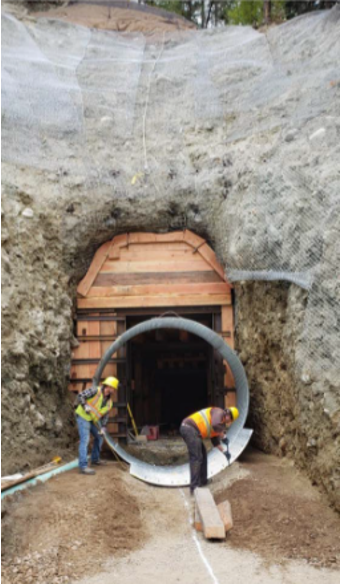