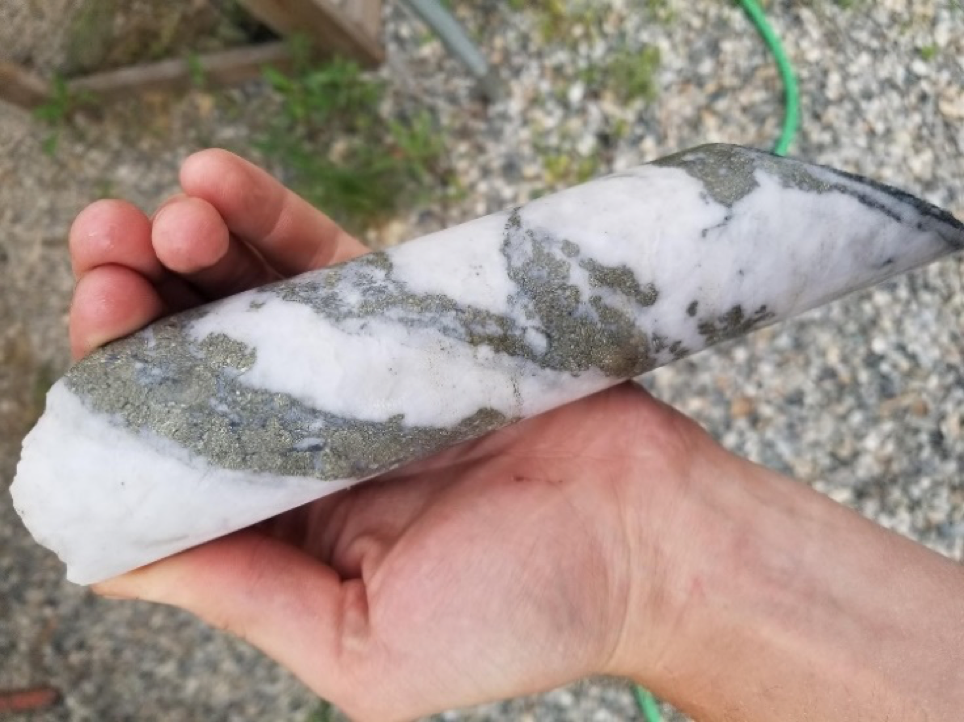 The drill rig has now completed the first stage of in-fill drilling on the C.O.D. vein.  The rig has now been moved to explore the C.O.D. North vein, which is a parallel vein located 700 meters northeast of the main vein.  Trench samples collected in 2018 from the C.O.D. North vein assayed up to 21.7 grams per tonne gold over 0.4 meters. An initial stage of 10 holes is planned to test the structure in the area of the surface trenches.

Since the start of the season in mid-April, 32 holes for a total of 1923 meters have been completed on the main C.O.D. structure.  Fourteen holes intersected the C.O.D. quartz vein at the target depths containing variable amounts of pyrite mineralization (see photo).  Five vein intercepts were visibly mineralized with possible gold-telluride mineralization (sylvanite, (Ag,Au)Te2) and one other intercept contained visible gold. 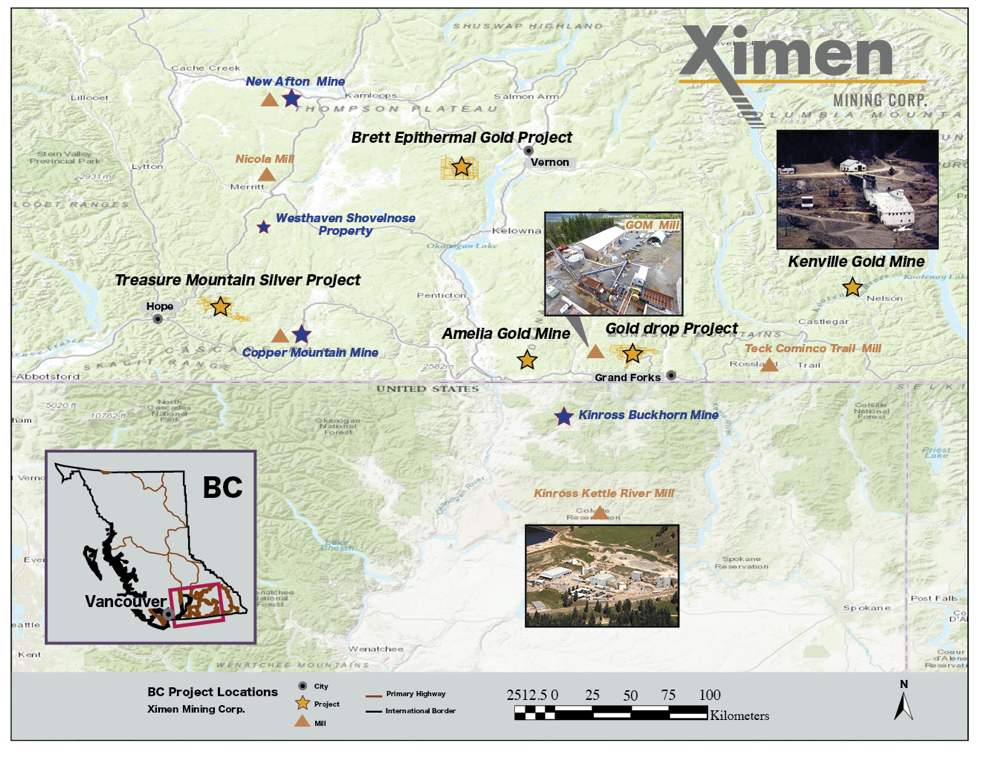 Following on from the C.O.D. North structure, the drill program will continue this season with planned holes to test the Everest vein, a visible gold bearing vein that was discovered in 2018, and the Gold Drop mine, where visible gold in quartz has been identified in surface exposures.

The drill core is currently being logged and cut in half with a diamond saw at a facility in Greenwood, B.C.  Half core samples will be shipped for assay later this month.