Significant assay results were obtained in five of the ten holes, as provided in the table below. 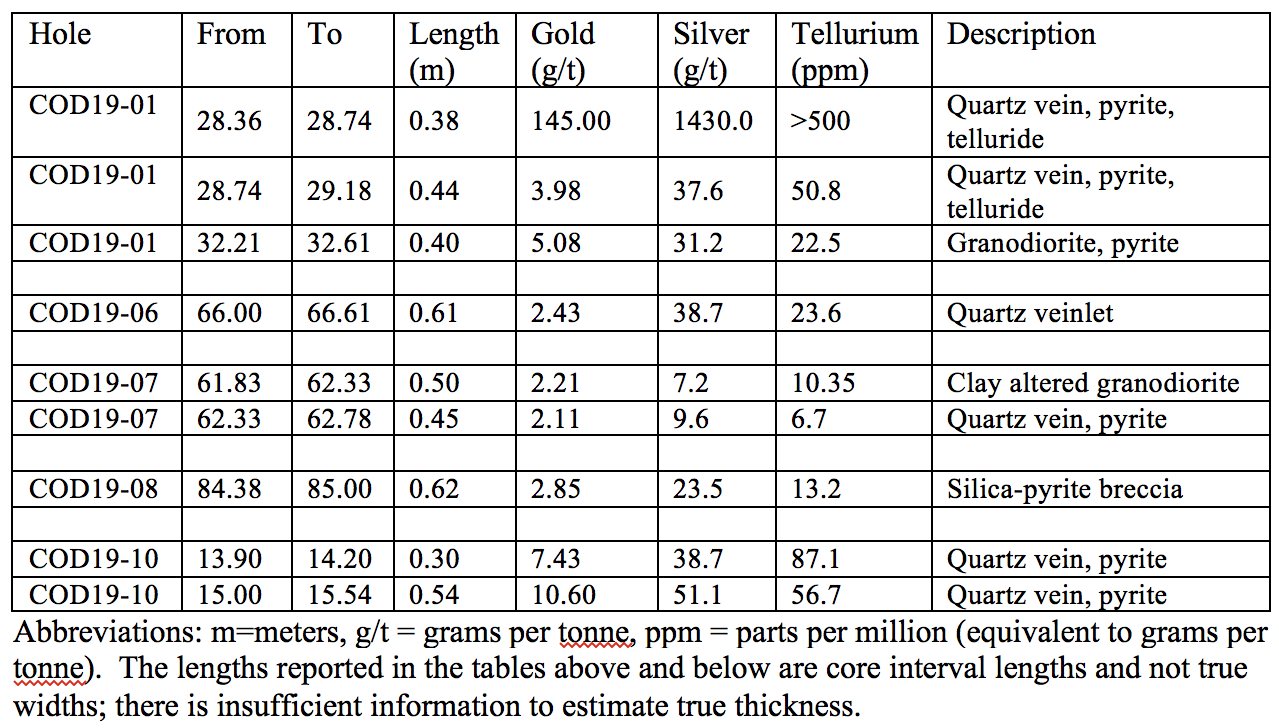 Weighted average grades for the intercepts in holes 1 and 10 are provided in the table below:

*Provisional value: one Tellurium analysis in hole 1 exceeded the upper detection limit and will be re-analyzed at a later date.

The drilling tested above, below and along strike of the best intercepts from 2018 (refer to news release dated February 27, 2019). The results confirm the presence of potentially economic mineralization in the COD vein at the Gold Drop property.

Analytical results reported above were provided by ALS Laboratories in North Vancouver, BC., which is an independent and accredited commercial laboratory. Analyses for gold were done by fire assay with AA finish on 50 gram sub-samples, or by metallics sieve analyses. Analyses for silver and tellurium were by four acid digestion with ICP-MS finish. Silver results greater than 100 ppm were reanalyzed using a four-acid digestion and ICP-AES or AAS finish on a 0.4g sub-sample. Quality control was monitored using analytical results for reference standards and blank samples inserted into the sample stream at a frequency of 5% each. 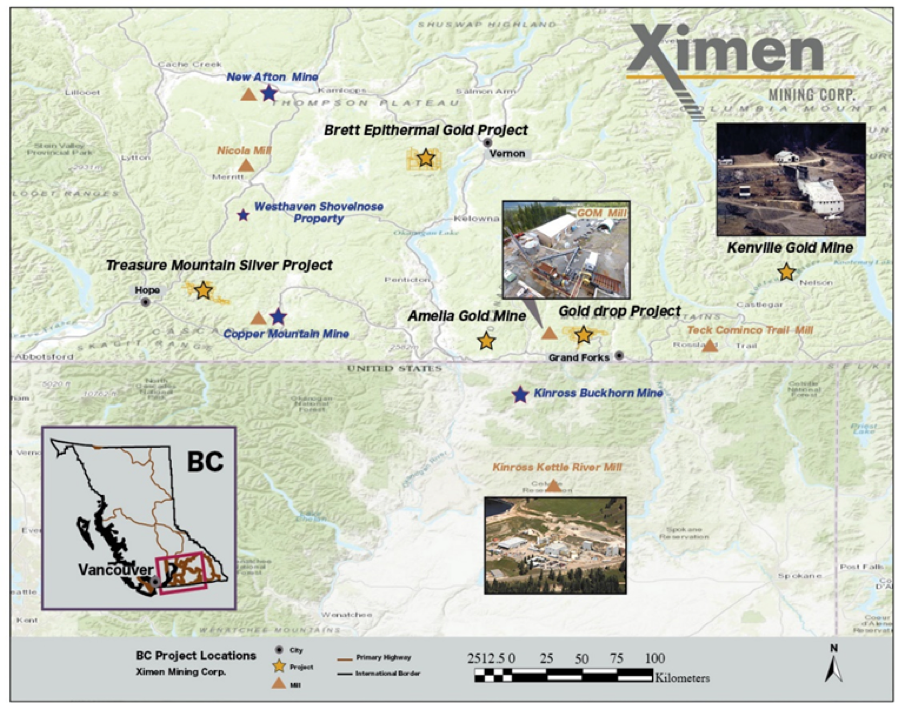 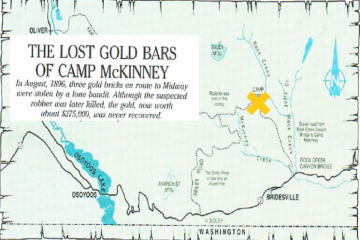 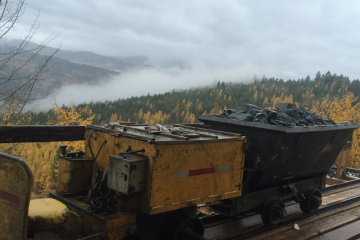 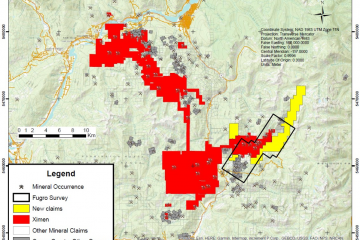