The Stargate II anomaly, as previously announced in a news release dated July 3, is an airborne enhanced, deep-penetrating ultra-sonic audio magnetotelluric (AMT) geophysical anomaly that was identified by Earth Science Services Corporation of Oshawa, Ontario (ESSCO). The anomaly is interpreted as a pipe-like structure that measures 1834 by 1377 metres, with a target zone at depths between 500 and 800 metres. One drill hole is planned to test this anomaly this year and will be the deepest hole ever to be drilled on the Gold Drop property. 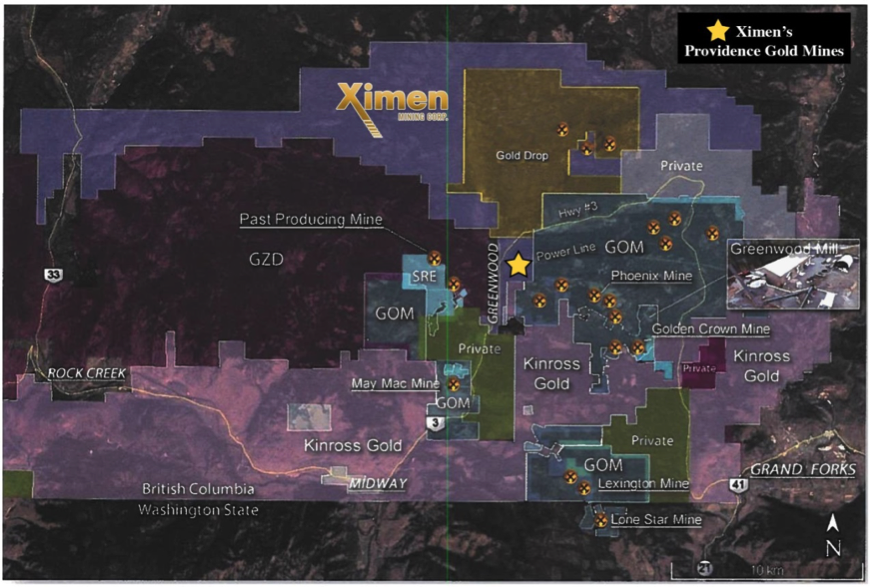 Exploration trenching and drilling is also planned for other areas of the property this year, conditional on weather conditions, to test C.O.D. parallel vein targets, propsects north of the C.O.D. vein, and around the historic Gold Drop gold mine.

As of September 26, a total of 2,486 metres have been drilled in 49 holes on the main C.O.D. vein, and an additional 705.2 metres drilled in 10 holes on the COD North vein and one hole on the Everest vein.
Assay results from GGX’s first round of this season’s drilling on the C.O.D. vein are pending.

Ximen retains a 2.5% net smelter return royalty (the “NSR Royalty”) and for nine months after the option requirements were met by GGX Gold retains a right to elect to form a joint venture by paying GGX Gold an amount of money equal to 30% of the total amount expended on the property by GGX Gold. If Ximen exercises this joint-venture right, GGX Gold and Ximen will enter into a joint venture for the exploration and development of the property.