Vancouver, B.C., January 28, 2020 – Ximen Mining Corp. (TSX.v: XIM) (FRA: 1XMA) (OTCQB: XXMMF) (the “Company” or “Ximen”) wishes to announce that is has increased its mineral claim holdings in Nelson and Greenwood areas in southern BC.

Ximen has agreed to purchase from a private individual 100% interests in the California Gold Nelson mineral claim in the Nelson Gold Camp, and the CMM mineral claim in the Camp McKinney Gold Camp. Both claims are in good standing with the California Nelson Gold claim good to 2025. There are no underlying royalties (NSR’s) on either property. Terms include cash payment of $30,000 and grant of Ximen shares equivalent to $50,000. 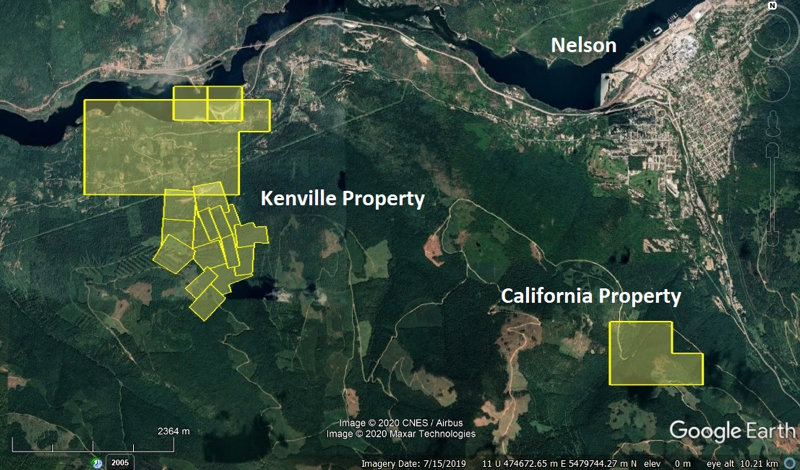 The California Gold Nelson mineral claim covers the historic California mine, located 6.5 kilometres east southeast of Ximen’s Kenville Gold mine. Several veins were identified on the property, including the California vein which extends over 600 metres along strike. The mine was developed on 3 levels and from 1910 to 1949 produced 2,258 ounces gold, 3,942 ounces silver, 19,5 tonnes zinc, and 8.1 tonnes lead from 1,454 tonnes mined (average mined grades of 48.3 grams per tonne gold and 84.3 grams per tonne silver). The No. 1 level (lowest) was driven along a barren vein for 366 meters and then intersected the mineralized California vein. The California vein was then followed for 91 metres where samples indicated an average grade of 29.2 grams per tonne gold over widths between 1.2 and 1.5 metres (as reported in the BC Annual Report of the Minister of Mines for 1919). The vein remains open for exploration above, below and to the west of this location (refer to the diagram below). 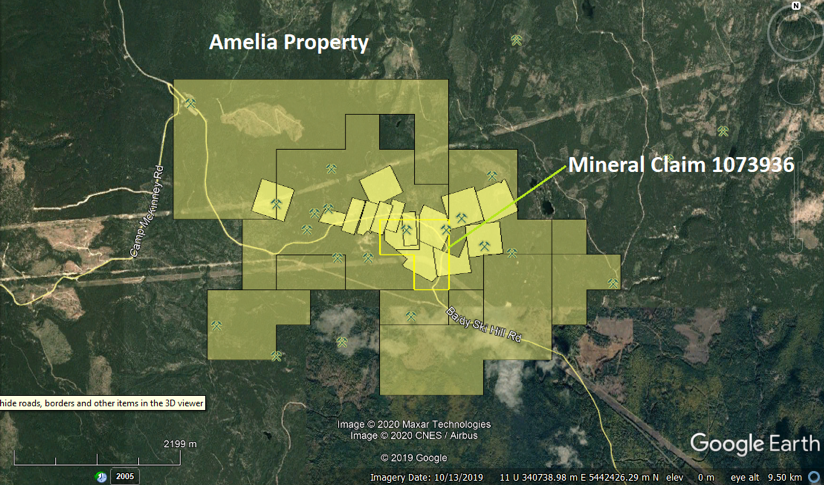 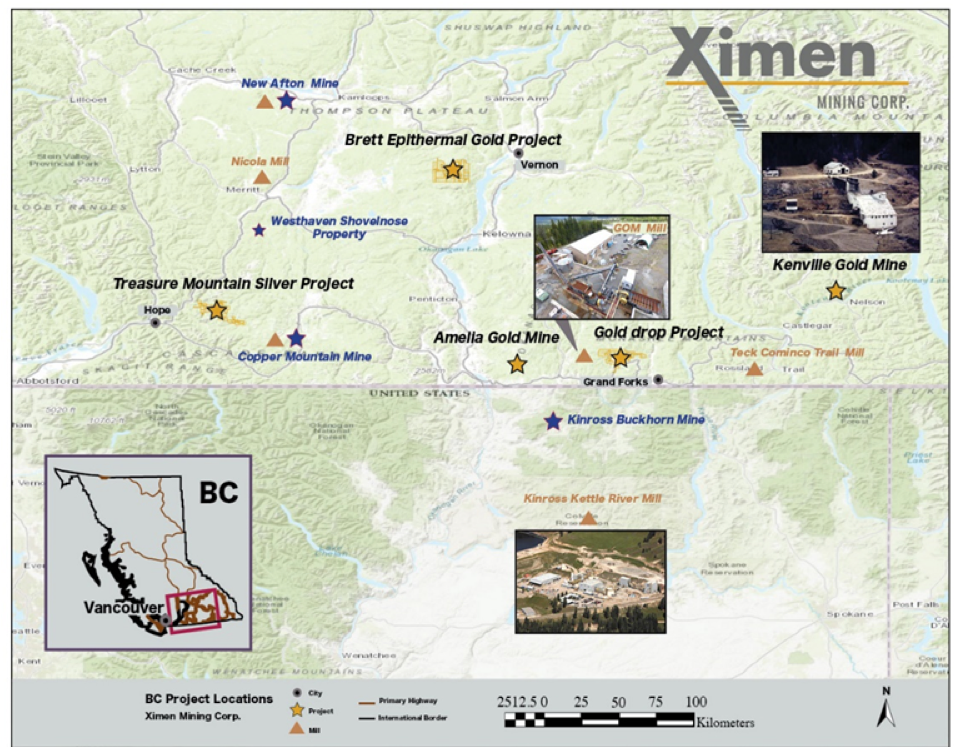