Vancouver, B.C., June 12, 2020 – Ximen Mining Corp. (TSX.v: XIM) (FRA: 1XMA) (OTCQB: XXMMF) (the “Company” or “Ximen”) is pleased to announce it has started work at the Kenville gold mine in the Nelson mining camp in southern British Columbia. 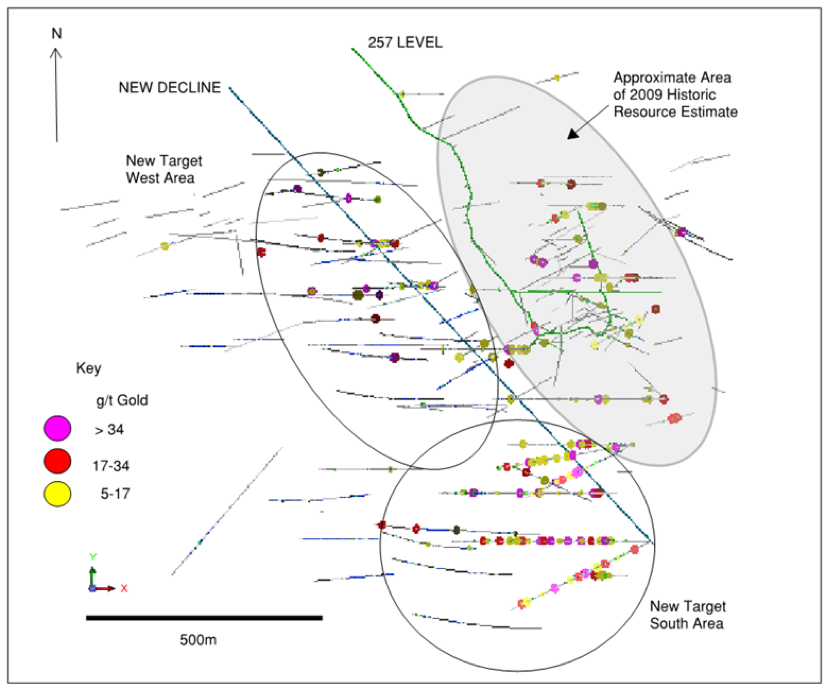 Ximen kicked off development of the Kenville gold mine with refurbishment of the existing portal at the 257 Level. This portal is a key piece of infrastructure because this where the main drainage exits from the historic mine. Ximen is rebuilding this portal with a steel culvert that will protect and secure the mine drainage. The construction is expected to be completed next month.

This portal will provide access to the Kenville mine 257 Level, which will be utilized later when it is connected to the new decline by a raise. The raise will be constructed once the decline advances below the mine, and will provide ventilation and a second egress from the mine. 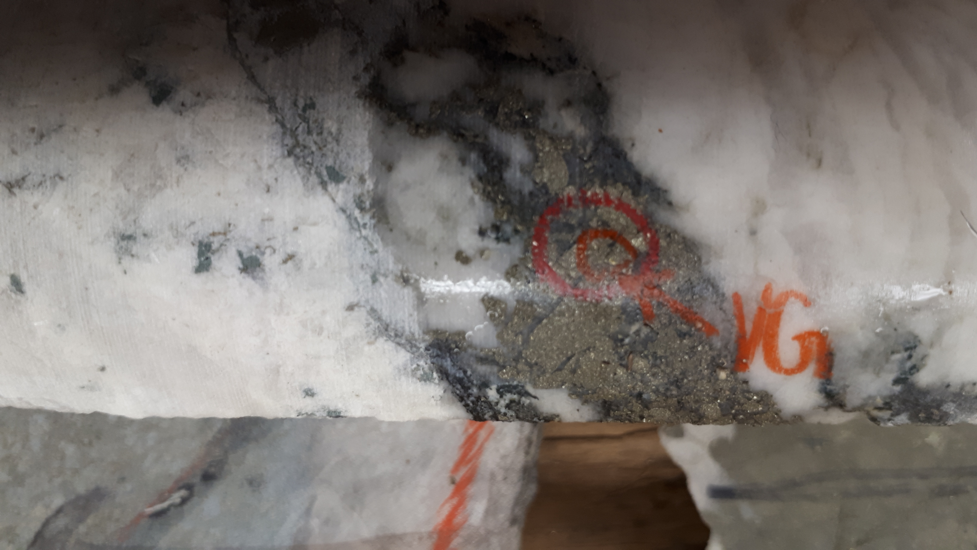 The 257 Level has potential gold resources as indicated by a historic mineral resource estimate (Technical Geological Report on the 257 Level of the Kenville Mine, Nelson, British Columbia”, July 22, 2009, by R. Munroe, P.Geo.). In this estimate, measured and indicated resources were estimated as 24,624 tonnes grading 20.58 grams per tonne, giving 16,289 ounces gold, for material within 5 metres (measured) and 25 metres (indicated) of the 257 Level. Material extending between 25 and 50 metres from the workings were categorized as inferred resources and estimated at 101,992 tonnes grading 28.1 grams per tonne, giving 92,143 ounces. Beyond this, projected extensions of the known veins on and above the 257 level resulted in additional inferred resources estimated at 420,329 tonnes grading 21.77 grams per tonne, for an additional 264,806 ounces of gold. These historic resources were defined prior to drilling campaigns that intersected multiple gold-bearing veins at depth to the west and south of the historic mine that are being targeted by the new decline development (see figure 1 above).

Ximen Mining Corp. is not treating this historical estimate as current mineral resources or mineral reserves. A qualified person has not done sufficient work to classify the historic estimate as current mineral resources or mineral reserves. Significant additional drilling has been done since the effective date of this estimate. Ximen considers this historic mineral resource estimate to be relevant and reliable in that it was based upon the results of underground sampling and diamond drill information available at the time it was prepared. Measured and Indicated Resources are based on projections of mineralized veins exposed on the 257 Level. Inferred Resources in the historical estimate are based on assumed continuity beyond measured and (or) indicated resources. The inferred mineral resources are based on historical drill and assay information verified by underground channel samples collected in 2007/8. The resource tonnages were estimated using an assumed specific gravity. A cut-off grade of 1.1 grams per tonne was used. No allowance for dilution was included based on an anticipated “resue” mining method, which would separate mineralized material from waste rock. The historic estimate uses the categories of Measured, Indicated and Inferred mineral resources as defined by the Canadian Institute of Mining, Metallurgy and Petroleum. No more recent estimates have been prepared. In order to upgrade and verify the historical estimate as current mineral resources, a qualified person would need to verify the assay information and location of samples, combine this with information for drilling conducted after the report was prepared, and then model the deposit and conduct a new resource estimate.

The new decline will be started after the work at 257 Portal is completed. Permitting for this development is well advanced and currently being reviewed by the regulatory authorities The project has many positive aspects, including excellent water drainage quality, non-acid generating waste rock, excellent geotechnical stability for underground excavations, and power is supplied from the local hydro-grid negating any need for power generation. As such, Ximen anticipates receiving the permit within months, paving the way for new mine development. 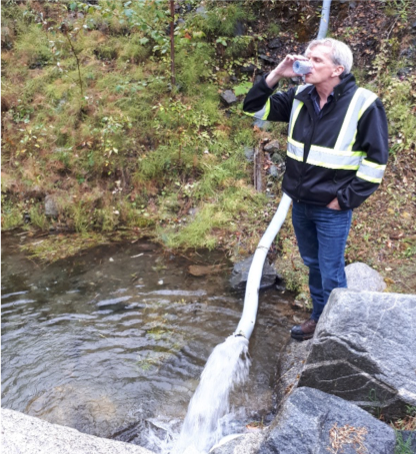 In anticipation of outlining and processing a bulk sample from the new decline, metallurgical characterization of the ore and waste products from Kenville were initiated. As announced in a news release dated May 29, the initial test results indicate potential recovery of 99% for gold (98.85%) and 96% for silver using conventional gravity and flotation processing.
In addition, Ximen has quietly acquired over the past few months a significant package of claims around the Kenville mine for a total holding in the Nelson and Salmo Areas area of approximately 18,889 hectares. These properties cover several historic gold mines and prospects for which Ximen will explore for new gold-vein and bulk-mineable gold deposits. Initial work will involve compilation of all the historic geoscientific information, exploration targeting and field examinations.