Ximen now controls over 21,450 hectares of mineral properties in the Greenwood Mining Camp.  The Amelia gold property is located west of Rock Creek and consist of 3,425 hectares of claims surrounding the historic Cariboo-Amelia gold mine (see figure below). Historic production was 81,602 ounces of gold, 32,439 ounces of silver, 113,302 pounds of lead and 198,140 pounds of zinc. The average recovered gold grade was 24.68 grams per tonne gold. 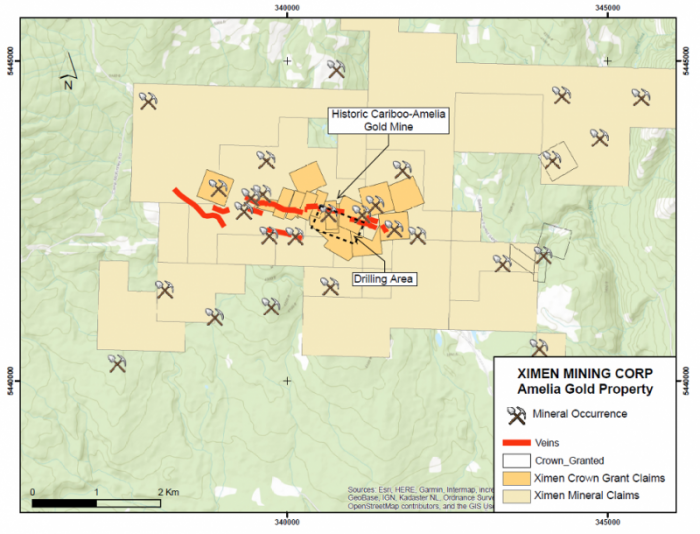 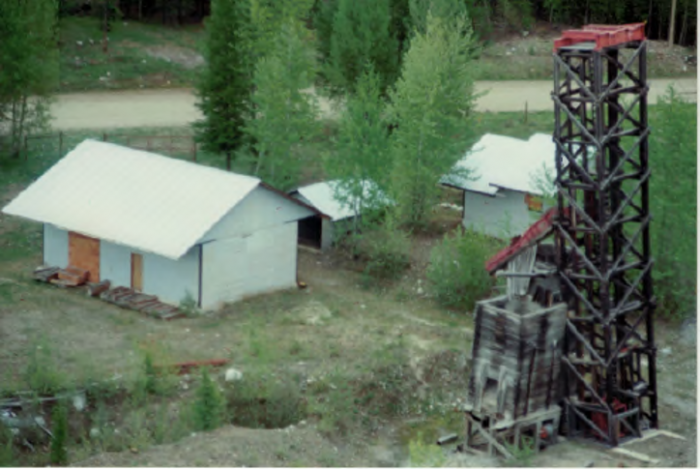 The Amelia drill permit is for a total of 38 drill sites, with 19 sites approved for the first year.  Multiple holes can be drilled from each of the sites, so the permit allows for approximately 11,400 meters to be drilled this year.  Drill holes are planned initially to test at depth below the mine, followed by testing for an extension of the veins to the east.

Assays up to 103 grams per tonne gold were obtained by Ximen for grab samples of mineralized vein material from the historic mine area (news release dated Oct. 22, 2020). 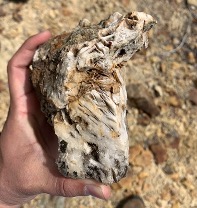 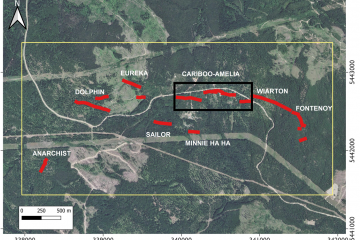 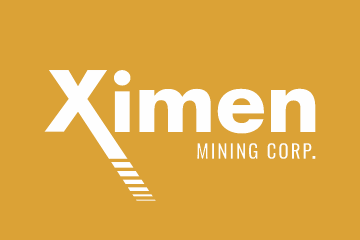