A total of 54 square kilometers were covered by magnetic surveys, flown at 50m spaced flight lines.  The LIDAR surveys covered a total of 12 square kilometers and included orthophotos.  Data was collected with a Phoenix Ranger Lidar scanner via a manned helicopter. 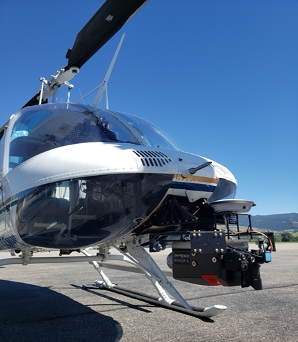 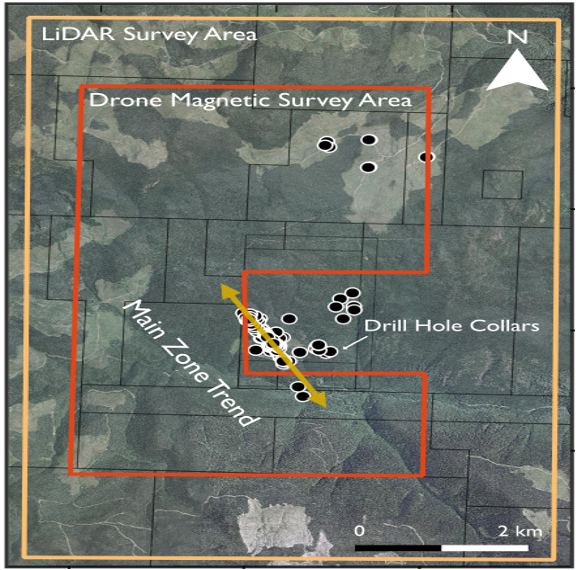 The Brett epithermal gold property covers 20,000 hectares located 30 kilometres west of Vernon, in southern B.C.   Since its discovery in 1983, a total of 160 diamond drill holes (20,945 meters) and several reverse circulation holes have been completed on the property.  Most of the drilling targeted the Main Zone, where high-grade gold is hosted in quartz-carbonate veins associated with a northwest-trending fault zone in argillic and silica-altered volcanic rocks of the Eocene Penticton Group.  The veins locally contain visible gold and show textures characteristic of an epithermal deposit, such as bladed calcite (see photos). 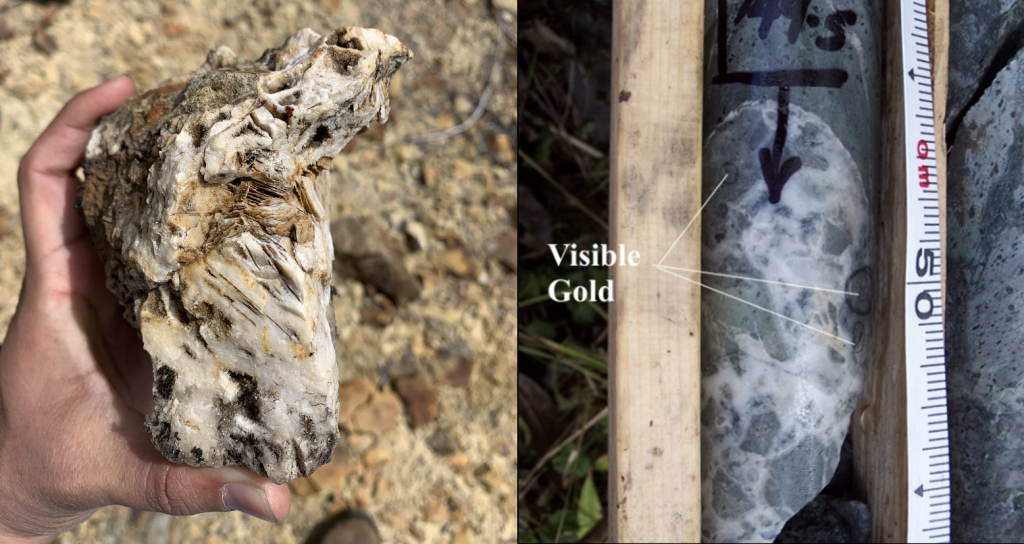 Mineralized sections of the Main Zone include the Bonanza Zone, with the RW Vein and TR-21 sections, and the Northern Extension Zone.  Underground exploration was done in 1995/96, including an exploration drift, raise and sublevel development under the Bonanza Zone.  A surface bulk sample was mined from the RW and TR-21 zones totalling 260 tonnes grading 27.74 g/tonne Au (Brett NI43-101, 2017).  Parallel mineralized zones near the Main Zone include the TR-1, Stockwork, 490 and Border zones.  Further from the Main Zone are the New Discovery and East Zones.  The Gossan and West Zones are large areas of altered rocks with local gold geochemical anomalies. New zones were also discovered with exploration campaigns conducted by Ximen in 2014 and 2016. 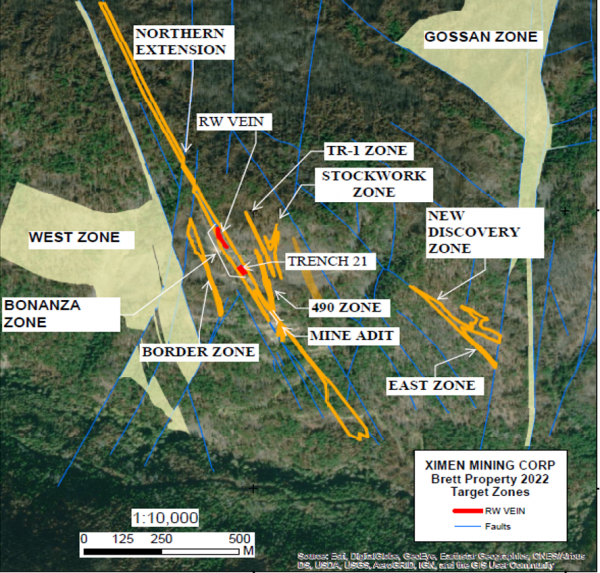 In 2022, Ximen initiated a review of all previous exploration work, generated new 3D models of the mineralized zones and reviewed surface and down hole geochemical results.  This work will used to design further exploration drilling and exploratory surveys. 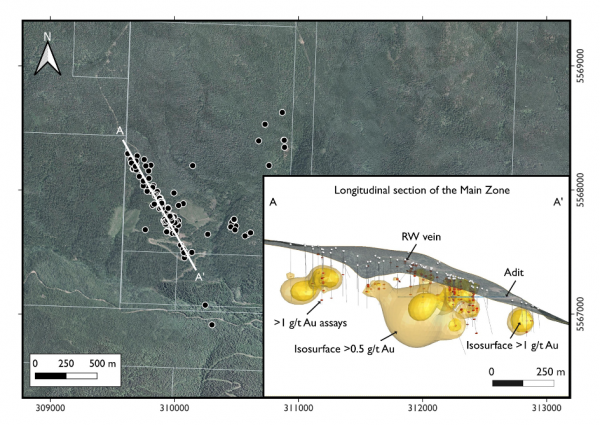 The 2022 helicopter magnetic and LIDAR surveys were done to provide base information for exploring for extensions to the Main and parallel zones.  The magnetic results will be used to map the distribution of rock types beneath cover and identify possible de-magnetized zones associated with mineralization.  The LIDAR will be used to identify fault structures and to provide a detailed topographic base.  Results will be used for generating targets for future exploration and drilling.

Technical disclosure in this news release has been approved by Dr. Mathew Ball, P.Geo., VP Exploration for Ximen Mining Corp. and a Qualified Person as defined by National Instrument 43-101.