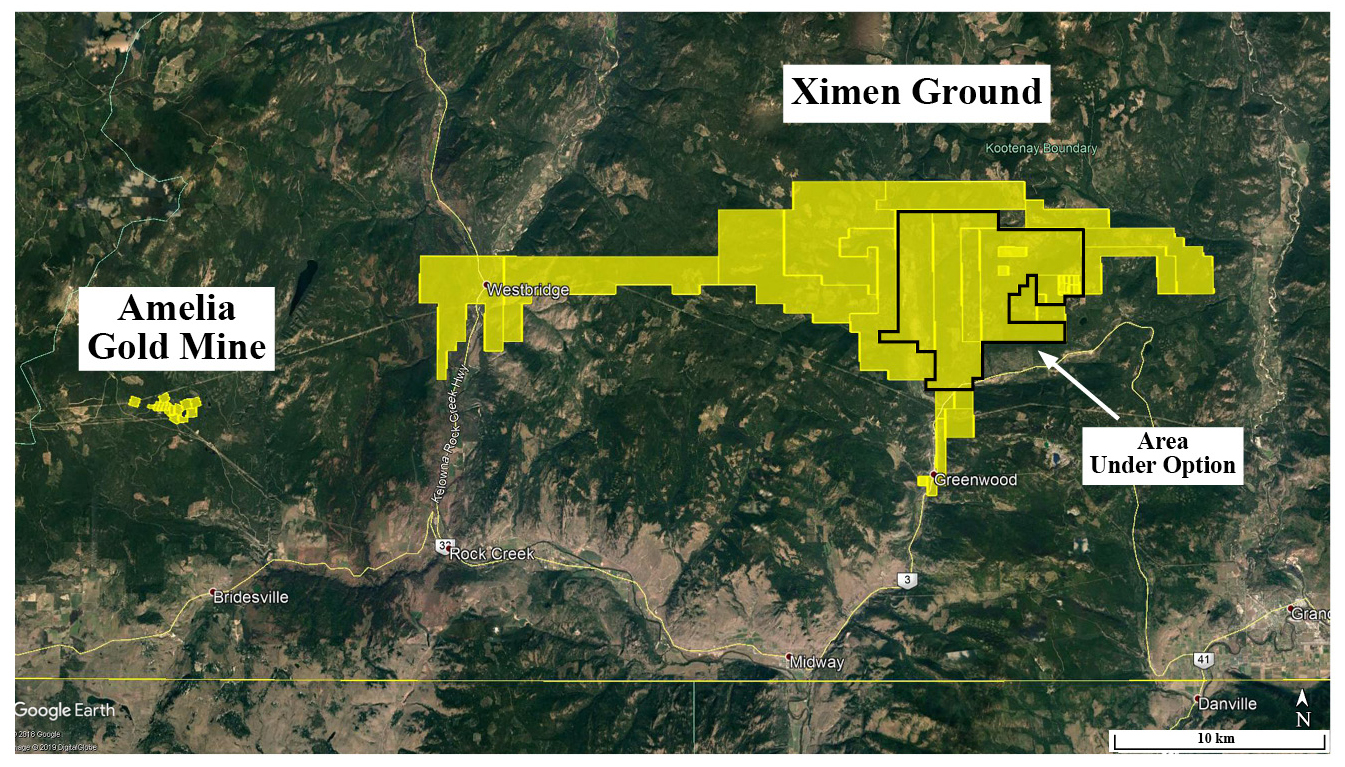 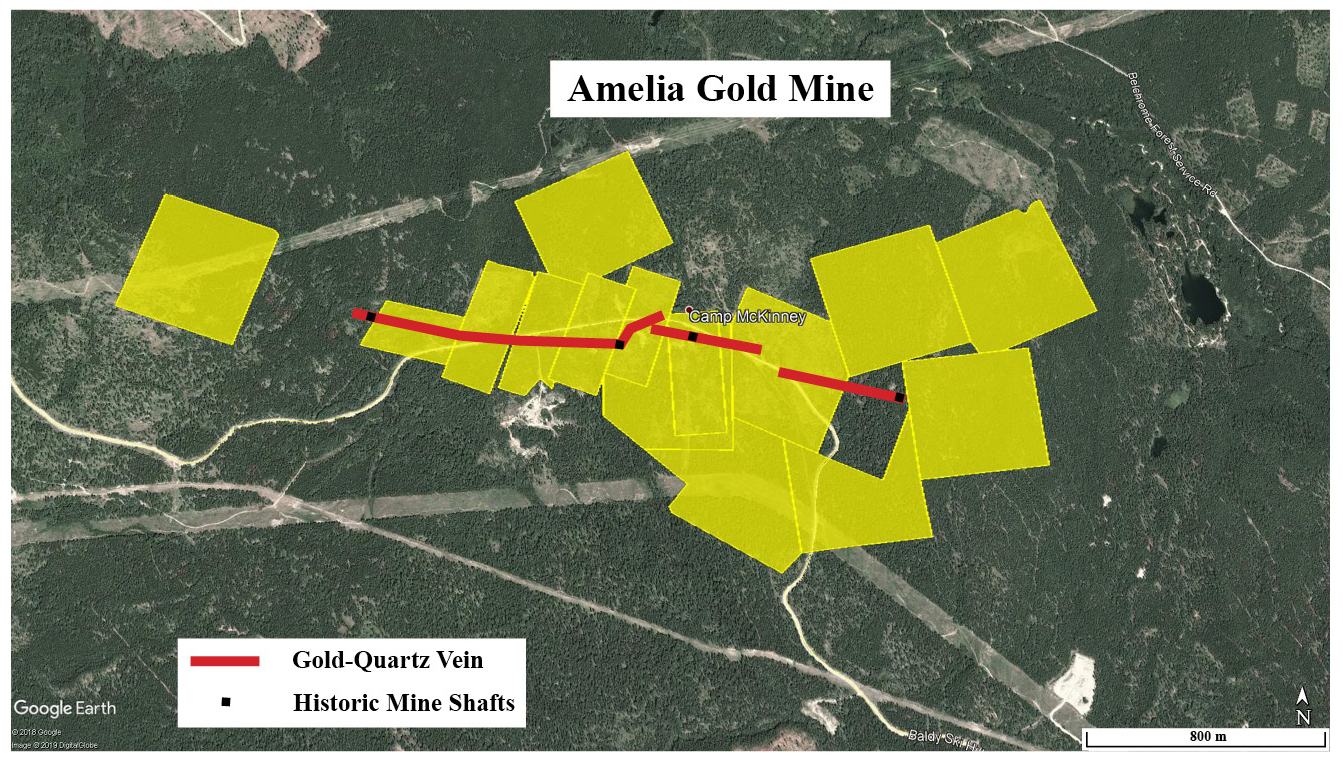 The Cariboo-Amelia was British Columbia’s first dividend-paying lode gold mine and was the most significant producer from Camp McKinney. Over its intermittent 68-year mine life from 1894 to 1962, the Cariboo-Amelia produced 124,452 tonnes ore, of which 112,254 tonnes is reported as milled on-site. Recovery included 81,602 ounces of gold, 32,439 ounces of silver, 113,302 pounds of lead and 198,140 pounds of zinc (lead and zinc since 1940. The average recovered gold grade was 24.68 grams per tonne gold (from BC Minfile).

Terms of the deal for a 100% interest,
in all the properties in exchange for 212,888 Shares of Ximen Mining Corp upon TSX approval. 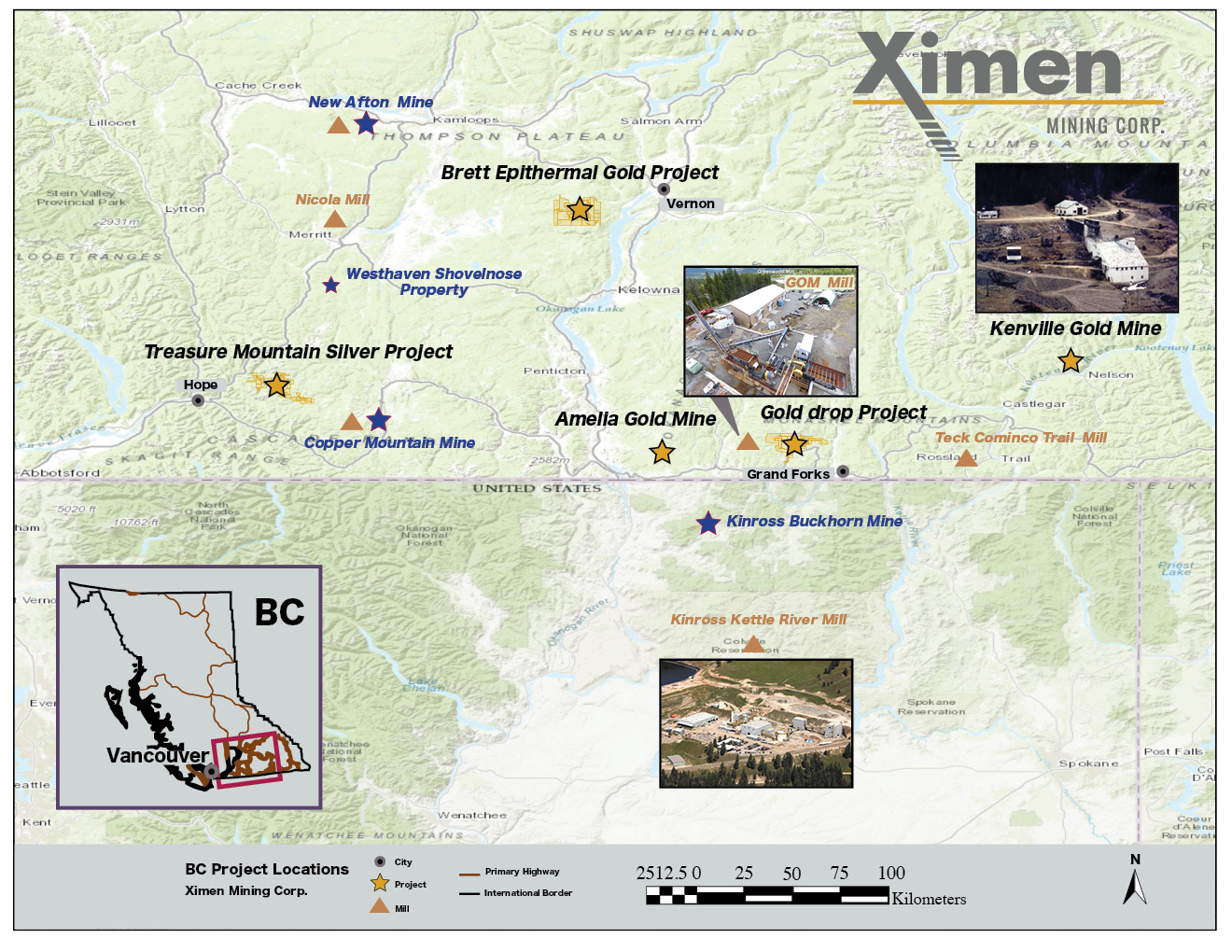